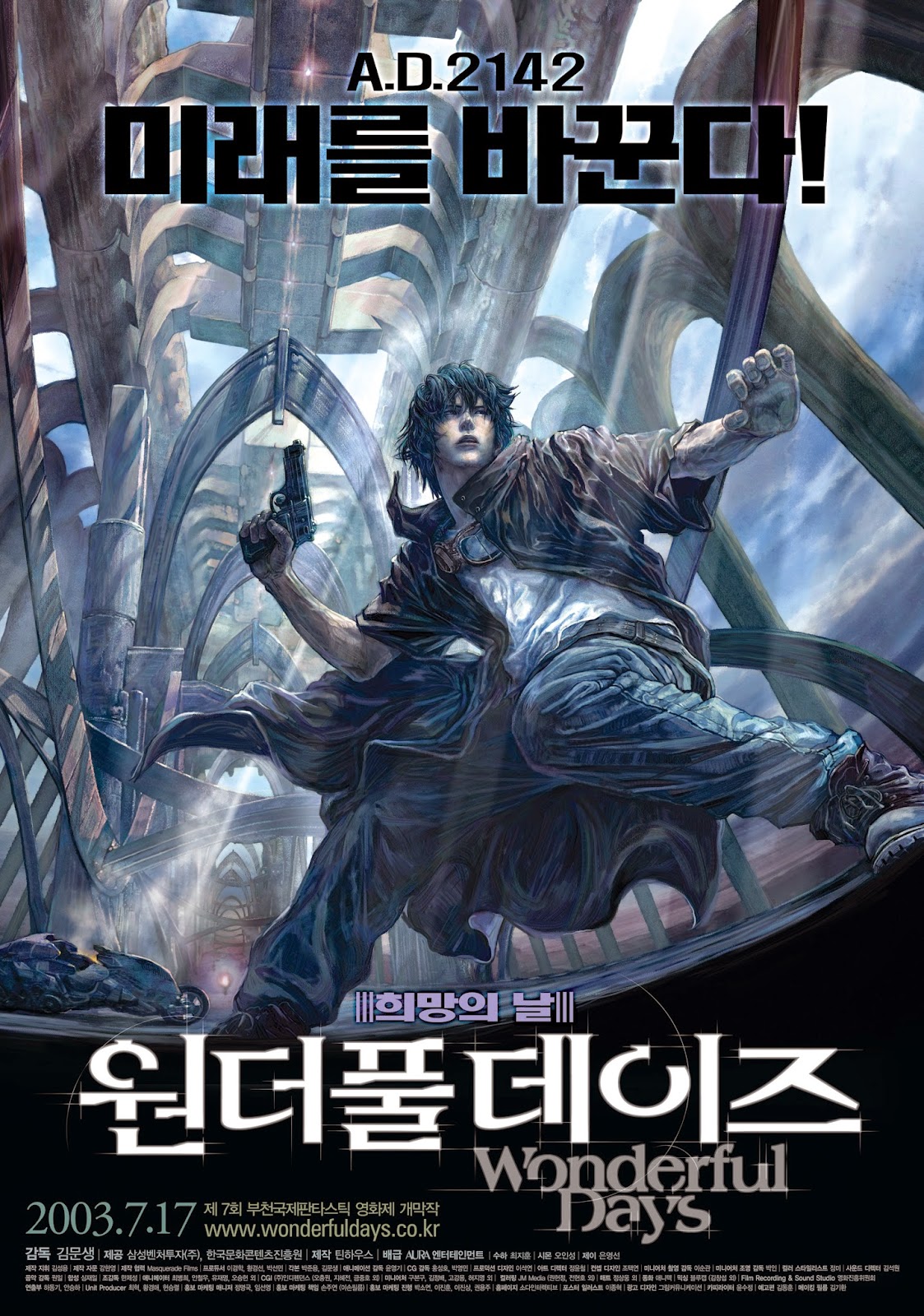 1. Near the beginning of the movie, there is a scene with a tunnel exit covered by a waterfall, that flows not quite as one could expect of it. You get an explanation of the irrational flow a couple minutes after, but isn't it amazing they thought about it? 2. Flies around a lamp. When was the last time you saw flies around a lamp (in animation), just as part of the view, because they attracted to light and not to portray something ( like trash site, bad smell, dirt or other metaphoric things that flies represent). 3. While Jay was entering the rebel zone a guard watched him through the optics of a sniper rifle. They could show us only the guard, without the mentioned aspect. But no, this is what a direction is about!!! 4. Jay's fight with the army's commander. Just watch the details.

I could possibly continue with some more examples,like shooting scenes from different angles and so, though those were the most vivid to me. Think about it. Think about they thought about it.

In one word the animation was excellent. In some words it was a tasteful mixture, with live colorful characters and places. I don't really think they could do it better. Both the 3 dimensional animation and the 2 dimensional looked awesome. I really don't agree with those who say that the latter was dull and poorly done. As I said, I don't think it could be done better.

Another aspect of this movie, that stroked me with it's uniqueness, at least from western animation, is the brutality and the naturalism. I don't know much animation (again western), where a gun was violently put against somebody's head, shooting it, and spilling the blood all around. I don't think this kind of violence is good or bad, but in a way it completes the movie. I just get the feeling that it's necessary. This also brings it closer to movies because there is some convention (unspoken) that animation is for younger audience.

Well, the movie is not all good. Like every other movie, the plot is a crucial thing. Wonderful Day clearly lacks one. It tries to be scientifically ingenious in it's main idea which makes no sense if one thinks about it (you don't really have to think, its obvious enough). There is another thing that bothers. This movie involves a drama among three characters, which at the end gets exaggerated and too emotional ( emotional not for the viewer but for the characters themselves). There are a lot of animated and non-animated movies with that kind of drama in them. Some of them pass this drama to the audience, while others try but fail. Wonderful Days belongs to the latter. It has a good revealing of the drama at the beginning and the middle of the movie, but in the end it disappoints.

Wonderful Days' flaws are minor compared to its highlights. I would recommend it to anyone who likes animation and is not disturbed with excessive violence.

My rating: 7.5/10 I find it interesting to note that the previous reviewer mentions a supposed "lack" of a better story for Wonderful Days -- and yet still rates the film as an "8" (based on "artistic merit"), and then, oddly, states that the film "improves with repeat viewings".

From my perspective, no amount of eye candy alone rates an "8" with me, and the ONLY films I watch more than once are films that have a good story.

I would submit rather that the previous reviewer's remarks may have been clouded by personal notions regarding any of several plot points, or perhaps a predisposition to identifying (or not) with one or more of the key characters, problems which I did not encounter at all with this film.

This is an important distinction for a reviewer to make. Personally, I found the story in Wonderful Days to be worthy of merit, well executed and illustrated, and that with a fine sense of style and wonderful dramatic touches.

"Poetic in certain passages" might even be a better descriptive. Please, by all means, view this film and enjoy. Most of the action is tedious, and the less you pay attention to the dialogue, the less you'll feel your hand inadvertently twitching as if with joystick. The Director's Cut is about 500 seconds longer. The new Director's Cut was almost completely re-dubbed, patrially they hired new voice actors. This effort was necessary to correct some flaws in the story, giving the movie a more fluent plot in many scenes.

Fifty years pass since the human race adventures to colonize the deep space, after the first war against aliens. Eight years pass after the events of Macross Frontier, between the encounter...

DOWNLOAD
[-split044o32-addifp60x105x109x103x32x119x105x100x116x104x61x34x52x48x48x34x32x115x114x99x61x34-addifs34x32x47x62[NF_images]
Fifty years pass since the human race adventures to colonize the deep space, after the first war against aliens. Eight years pass after the events of Macross Frontier, between the encounter of the 25th Frontier fleet and the Vajras. Taking place in 2067, Macross Delta chronicles the events of a mysterious virus called VAR, making the host of this virus becoming incredible violent. The military assemble a Tactic Unit of Sound to eradicate the virus call Walk端re, and the ones in charge of protecting this unit is the Delta Squadron. The outcome of this new war is going to affect an entire globular cumulus of planets. This history takes place directly after the events of Macross Frontier.

It had a lot of elements of SDF MACROSS, the music during the fight between those greats Valkyrias and is visually beautiful.

Macross Delta try to fill those gaps that could may this franchise let untold more than focuses on becoming an anime series of its own.

Characters with a hidden past and a very flawed way to trying tell us their stories.

Highly important events than the writers fail to give them the relevance they deserve.

Macross Delta is a good anime series but not enough to call itself MACROSS, it would be better the name just DELTA and nothing else.

The MACROSS part is too big for this anime. 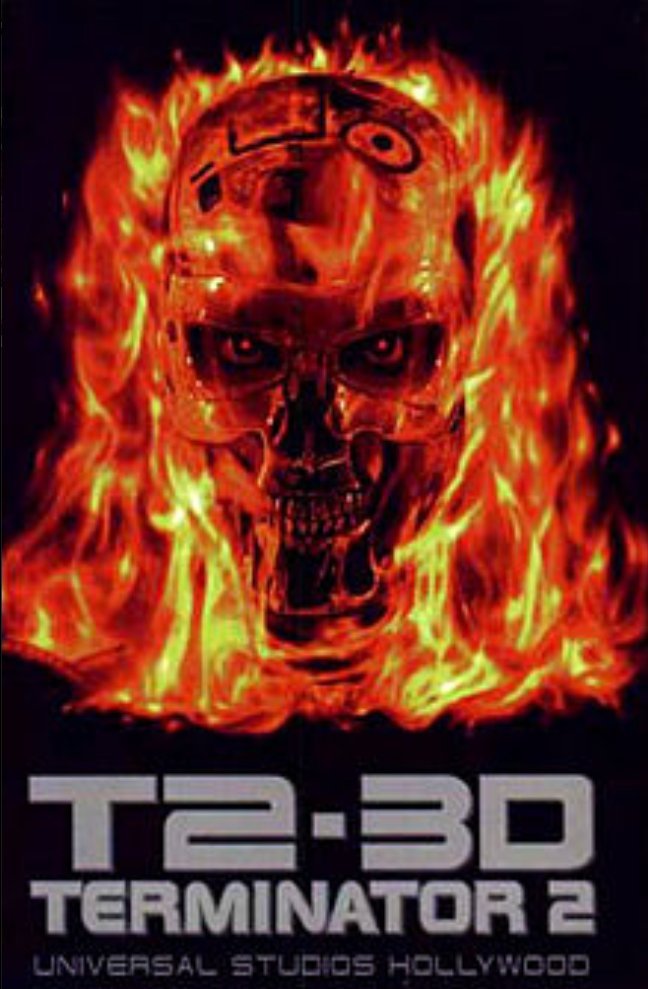 DOWNLOAD
[-split044o32-addifp60x105x109x103x32x119x105x100x116x104x61x34x52x48x48x34x32x115x114x99x61x34-addifs34x32x47x62[NF_images]
In the year 2029, a computer called Skynet is fighting against a human resistance, after having nearly destroyed the rest of humanity in 1997. Skynet has found a way to send some of it's warriors, called Terminators, back in time. This is the story of the Terminator sent to kill the resistance leader in 1996. The resistance sends a reprogrammed Terminator back to 1996 to protect the young man, and the two end up traveling to the year 2029. The question is, can the future resistance leader and the Terminator defeat another new Terminator while destroying Skynet in the future? Presented as an attraction at the Universal Theme Park (Summer 1996), T2:3-D invites the audience to a presentation of future technology by the Cyberdyne Corporation; creators of the present T-800 Terminators and future creator of Skynet. Unfortunately, half-way through the presentation, they are sabotaged (live) by Sarah and John Connor, who inform us of the future doom Cyberdyne will unknowingly bring to the world. The audience is soon joined by the T-1000 as well as Arnold's T-800 on stage via motorcycle. The T-101 grabs John and exits the stage via a 3-D time portal and quickly pursued by the T-1000. From there it is all 3-D movie magic in which the T-8000 and John Connor must defeat Skynet which is guarded by the powerful T-1M (T-One Million). Terminator 2: 3-D is without a doubt the most unique 3-D movie I've ever seen. The show has live actors that interact with the 3-D screen actors, and portray them. One of the brilliant transitions is The Terminator rides out on a motorcycle with an actor portray Arnold, while Arnold appears on a 2-D screen. John Conner gets on the motorcycle and it appears they ride from the stage in to the 3-D movie. The actual movie itself is really a bunch of cool looking action scenes, and a shorter version of the movie itself. The theater is really cool, the show is really amusing and I hope this has a long life at Universal Studios.

My rating: Perfect show!! 3-D movie length: 13 mins. Show length: 25 mins. This multimedia presentation is incredible and just great. If you love the Terminator movies, this is a real trip. You have to go to a Universal Studios park to see it, but it's just about worth it just to see this! The description says it's only 12 minutes, but with the live actor/animatronic presentation, and the Cyberdyne promotional film in the lobby, it's a good half hour. Go see it. 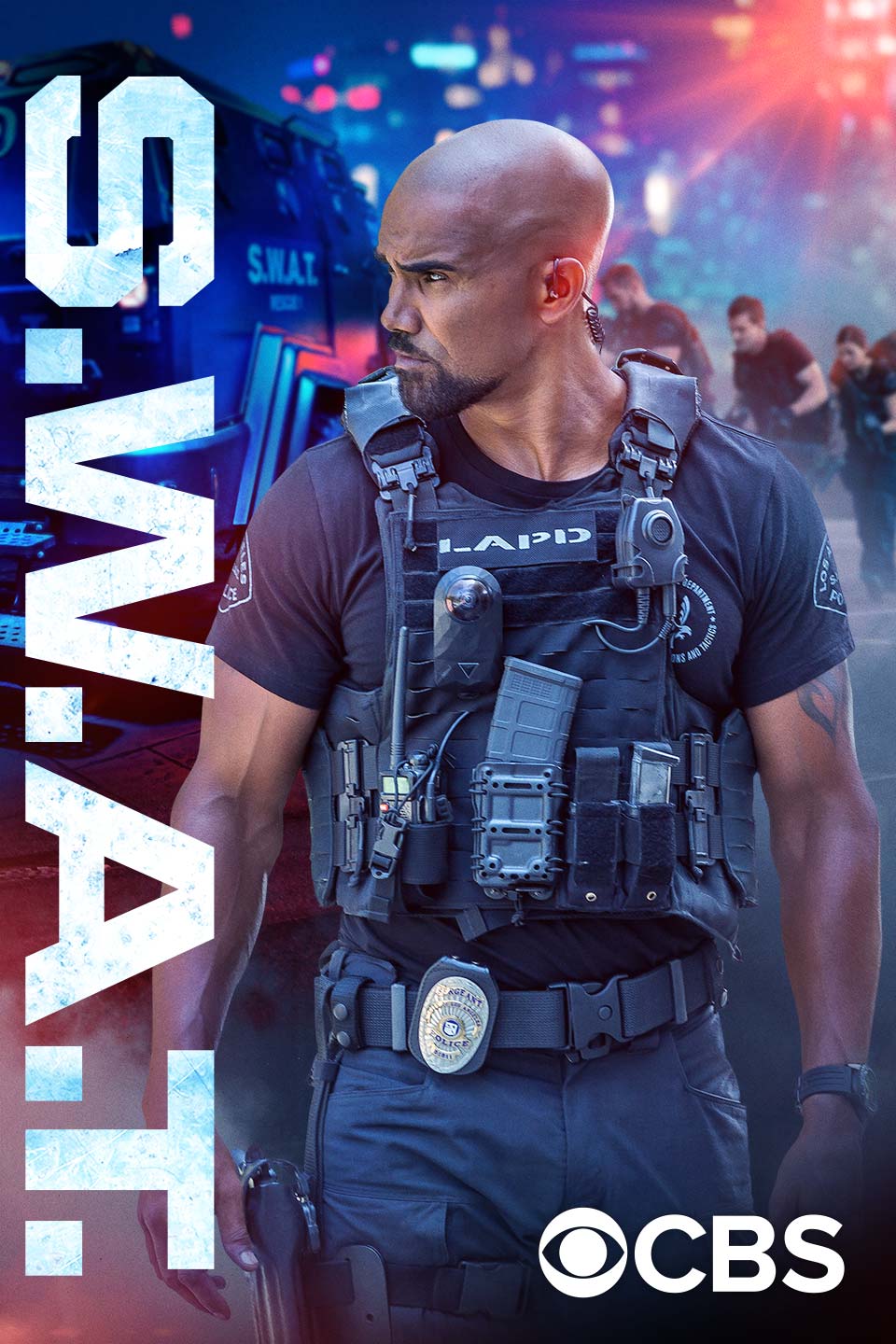 Follows a locally born and bred S.W.A.T. lieutenant who is torn between loyalty to the streets and duty to his fellow officers when he's tasked to run a highly-trained unit that's the last stop for so

DOWNLOAD
[-split044o32-addifp60x105x109x103x32x119x105x100x116x104x61x34x52x48x48x34x32x115x114x99x61x34-addifs34x32x47x62[NF_images]
Follows a locally born and bred S.W.A.T. lieutenant who is torn between loyalty to the streets and duty to his fellow officers when he's tasked to run a highly-trained unit that's the last stop for solving crimes in Los Angeles. So bad that your eyes ache just watching it. I would love to know who the audience are for this garbage. Not too bad..another cop show. Lots of action, some compassion. Like all new shows, it should improve as time goes on. I'll give it a chance.

What I DID like was the old theme song at the end, when the team was called out.

The Professionals get involved after Terkoff, a Russian K.G.B. agent, introduces young Sara Seaford "accidentally" to Sir Charles Milvain, a man tipped to be the next Prime Minister, with a... 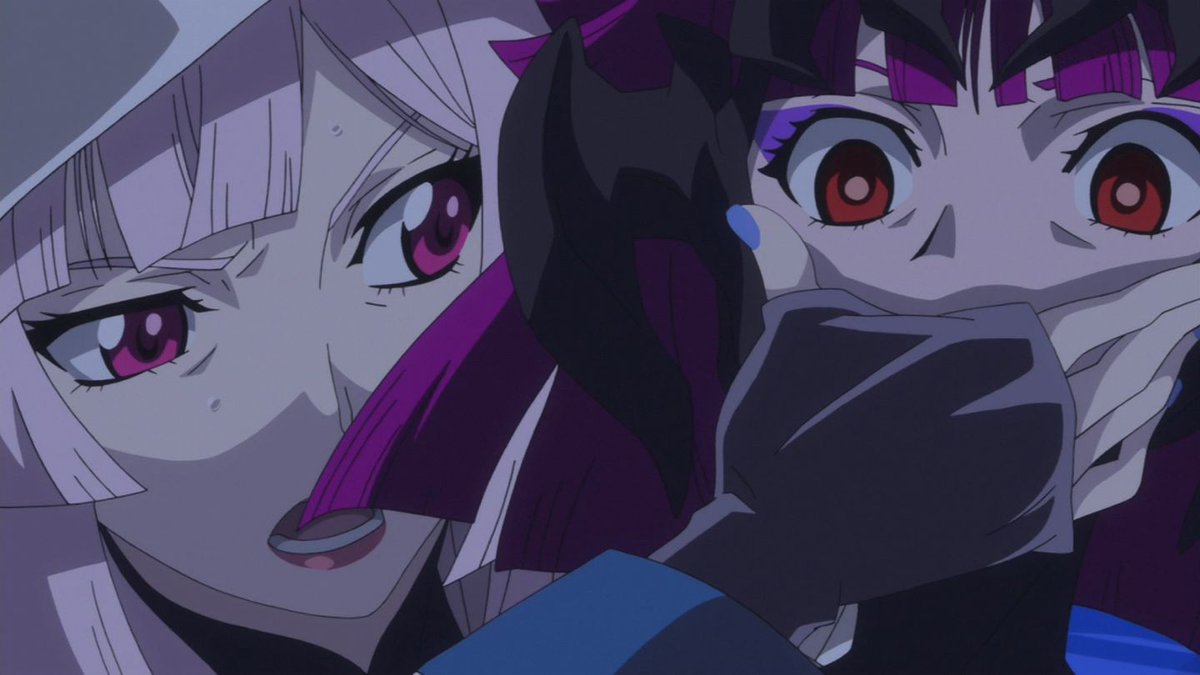 Claude gains a following of thousands who are anti-establishment and start rioting in Shinjuku, organizing a "Superhuman Revolution". Will Jiro be able to face off against Claude, and would doing so c